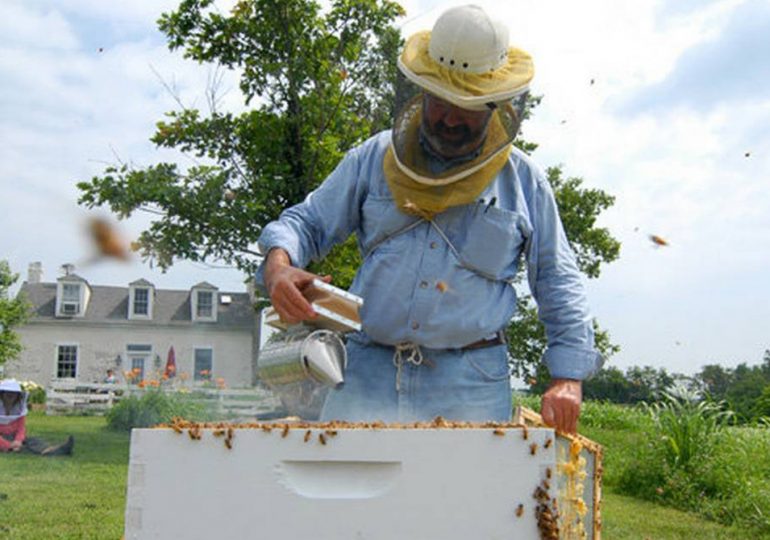 In the five years since Veto-pharma named Phil Craft as its U.S. Technical Advisor, beekeeping in America has become more sophisticated and professional. Phil’s role as advisor and educator has supported that trend, and today he continues to reach out to customers, scientists, regulators and educators to share his knowledge of bees and beekeeping.

Phil Craft, former state apiarist for the Kentucky Department of Agriculture, was named U.S. technical advisor for Véto-pharma’s line of honey bee health products in 2013. Since then, Phil has worked to introduce Véto-pharma products to U.S. beekeepers and build relationships between the company and its American customers, scientists, regulators and educators.

“In the last five years, Véto-pharma’s products line has grown tremendously from its first breakthrough product, Apivar,” says Phil. “Today, Apivar has been joined by several other excellent products, including Varroa Easy-Check, Hive Alive, and more recently, ApiVarLife. The product line-up gives just about any beekeeper a one-stop shopping experience when looking for products that are proven to benefit honey bee health.”

Phil served as Kentucky’s state apiarist from 1999 through 2011. He is a past chairman and program chairman of the Heartland Apicultural Society, past program chairman of the Eastern Apicultural Society, and past president of the Apiary Inspectors of America. He earned a Bachelor’s degree in biology from Oberlin College in Ohio, and a Bachelor’s degree in civil engineering from the University of Kentucky.

“One of my main roles with Véto-pharma is talking to people in the industry, and the scientific community, and introducing them to others at Veto-pharma. Over the years I have gotten to know a lot of people, and my connections are very valuable”, Phil admits. “I find that beekeepers today are far more interested in emerging technology and the products it delivers than they were in the past. I think that mirrors the development of beekeeping itself; it has shifted from a casual agrarian vocation to a science-based pursuit supported by researchers, educators and companies like Véto-pharma that are entirely dedicated to benefiting honey bee populations.“

A good example of how science is changing beekeeping can be found in the growth of beekeeper’s interest in the issue of resistance development.

“Honey bee scientists have been saying for years that beekeepers need to monitor for Varroa mites, and in the last couple of years we are seeing a serious increase in the numbers of beekeepers who do this,” Phil says. “The introduction of Varroa EasyCheck has aided this movement by providing an easy-to-use device for this purpose.“

Maintaining close ties with the scientific community is also one of Phil’s important responsibilities. Three years ago he reached out to the American Association of Professional Apiculturists (http://aapa.cyberbee.net) to build relationships between researchers and Véto-pharma management. The Association is made up mostly of honey bee researchers in the U.S. and meets annually, usually in conjunction with one of the national beekeeping groups, to host a honey bee research symposium called the American Bee Research Conference (http://aapa.cyberbee.net/2018/2018-american-bee-research-conference-2). In addition to many presentations describing research, a number of researchers submit posters describing various studies they have worked on.

“Veto-pharma wanted to build close relationships with researchers, so in 2014 we began to host a reception at the ABRC symposium,” Phil said. “It’s a great way to let the scientists meet the rest of the Veto-pharma team, and let the researchers know we are interested in working with them. And that we are looking for new products for beekeepers, want to know where their research is leading.”

The reception allows the beekeepers to socialize, peruse the posters, and visit with the Veto-pharma team. The next research gathering will be held in conjunction with the American Honey Producer’s Association annual conference January 8-12, 2019 in Phoenix, Arizona. It will be the fourth consecutive year that Veto-pharma has hosted the reception.

Phil has worked with beekeepers, beekeepers’ organizations, apiculture extension specialists and scientists for the last two decades, and is very familiar with the needs of commercial and hobbyist beekeepers. During his tenure as state apiarist, Craft helped establish a network of six beekeeping schools and expand the number of local beekeeper associations in Kentucky from 15 in 1999 to more than 40 in 2011. He created a web site, www.philcrafthivecraft.com, and an email newsletter that attracted a large audience of beekeepers across the U.S. For several years, Phil wrote a question and answer column called “Ask Phil” and still contributes to Bee Culture. And still replies to answers from beekeepers, on all beekeeping topics, and not just about Veto-pharma products.

“We’re still seeing growth in beekeeping, with many more managed colonies today than there were 10 years ago.” Phil says. “The demand for pollinators serving California’s almond industry is a big factor in sustained growth on the commercial side, while bees’ value in producing honey continues to support the hobbyist side. Overall, beekeeping in the U.S. is healthy and growing, and Véto-pharma is committed to continue supporting beekeepers with innovative products that get results.“

If you have questions for Phil about beekeeping, Véto-pharma or other related topics, please feel free to contact him at: phil.craft@vetopharma.com. He will answer questions about Veto-pharma products, and all beekeeping related subjects. 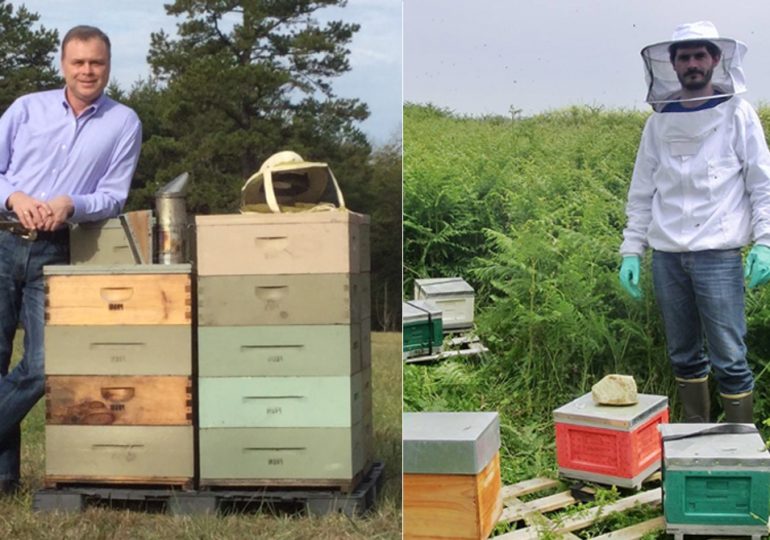 Our team is growing!

We are pleased to announce the arrival of three new collaborators and the resulting expansion of our team working to improve bees’ health.