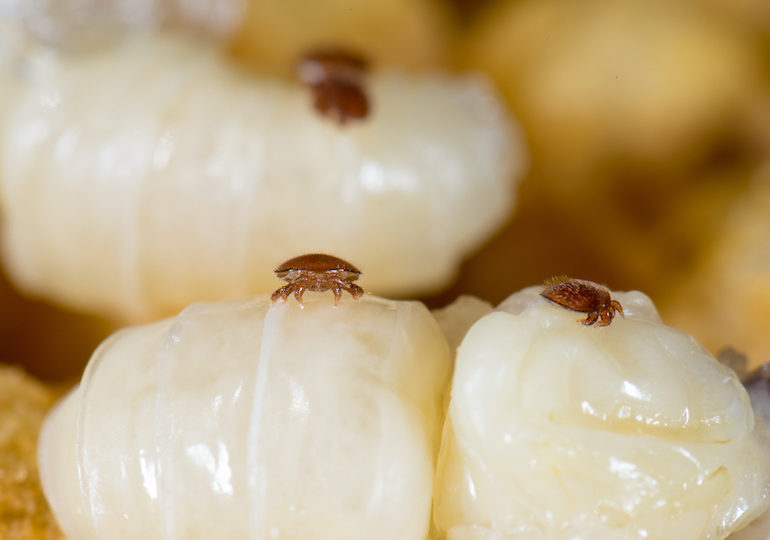 Varroa quiz – The Véto-pharma team has gathered 16 questions to test your knowledge on Varroa destructor. Do you think you don’t know anything? Maybe we will succeed in surprising you!

On the menu of this test, you will find questions such as…

So many existential questions to which you will finally have an answer!

I take the quiz

If you want to know more about varroa mites

We have many resources that you can consult for free:

Do you have stumbled upon this article and do not know what the famous “Varroa” is?

Let’s go over some basics: Varroa, from its Latin name “Varroa destructor” is a parasitic mite of beehives. By attacking bees, it weakens them and transmits various viruses and diseases (such as the infamous “Deformed Wing Virus“).

The colonies of parasitized bees will then decline progressively, or sometimes very brutally. Today, there is no “miracle” solution to eradicate this parasite, which spreads easily from one hive to another, over several kilometers by clinging to the bees.

The only solution currently available to beekeepers is to combine treatments (veterinary drugs) and so-called “biotechnical” (or biomechanical) methods, to reduce the impact of this parasite and allow their colonies to survive from one year to the next.

We have summarized what varroa is and its impact on bees on these 3 pages of our site:

And once you are ready… you can test your knowledge with our varroa quiz! 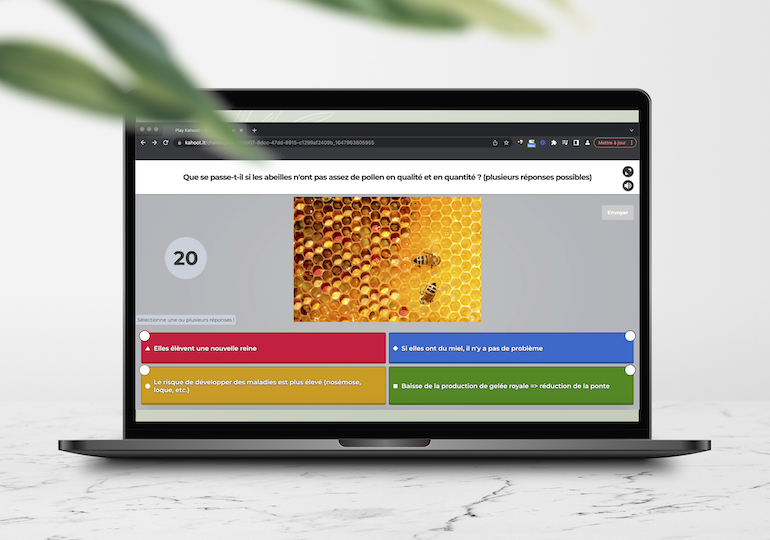 Bee nutrition – test your knowledge with this quizz!

Bee nutrition is fundamental to the health of the colony. Our team has put together nearly 20 questions and information to test your knowledge on bee nutrition. Ready?