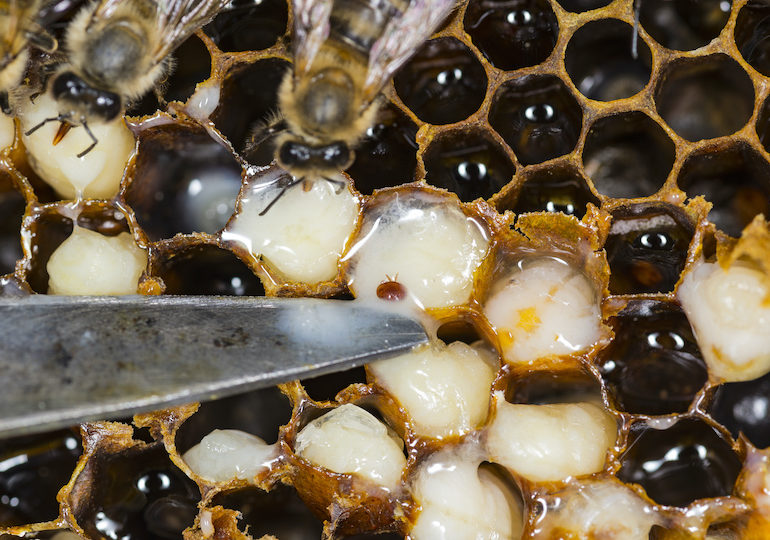 Varroa mite in a beehive

Varroa mite management has become a crucial aspect of keeping bees in Canada and around the world. Beekeepers must consider different variables to efficiently treat their colonies against varroa mites and control mite infestation in their colonies throughout the season. From choosing the right treatment timing to selecting the most suitable treatment option for the time of season and weather conditions, some variables can be influenced short-term by the beekeeper. However, treatment efficacy can also be affected by a factor that is more difficult to detect and develops over longer periods of time: varroa mite resistance towards miticides. A research group around Nuria Morfin and Ernesto Guzman-Novoa from the University of Guelph (Ontario, Canada) has now taken a closer look at sensitivity towards miticides in the province.

To determine miticide sensitivity in honey bee colonies from 12 different apiaries in Ontario towards amitraz, flumethrin and tau-fluvalinate, the researchers conducted field bioassays, determining the mortality rate of varroa mites exposed to these compounds.

Field bioassays are a potentially very useful tool for beekeepers to determine whether varroa mites in their colonies are resistant to certain miticides. While they do not correspond 1:1 to field efficacy of a treatment with the same active substance, a validated bioassay protocol with sufficient exposure time and including a standardization of ambient temperature, can give beekeepers a reliable indication of the status of varroa mite populations in their apiaries (sensitive vs. resistant).

In the present study, all colonies were sampled four times in total: Three times to conduct assays with each of the three components and once for a negative control. To collect mites for the assays, bee samples (ca. 150 bees per sample) were taken from the brood area of the tested colonies and transferred into 250-ml mason jars. The mite (and bee) samples were exposed to pieces of Apivar® (amitraz), Bayvarol® (flumethrin) and Apistan® (tau-fluvalinate) strips for 24 hours at room temperature (22-28 °C).

The results of this study demonstrate that mite mortality was significantly higher in all three treatment groups compared with the untreated control group (see Figure 1, Morfin et al. 2022). Mites were significantly more sensitive towards amitraz compared to the other two miticides, thus resulting in a higher mortality rate of mites exposed to amitraz (Figure 1, Morfin et al. 2022).

Variance in the sensitivity of varroa mites towards all tested miticides was found between apiaries as well as between regions. The authors mention that Niagara is the one region where mites demonstrated the lowest sensitivity towards all tested miticides in this study. A possible explanation for this pattern can be found in the characteristics of the beekeeping sector in this region with a high percentage of commercial beekeeping and migratory operations that offer pollination services. 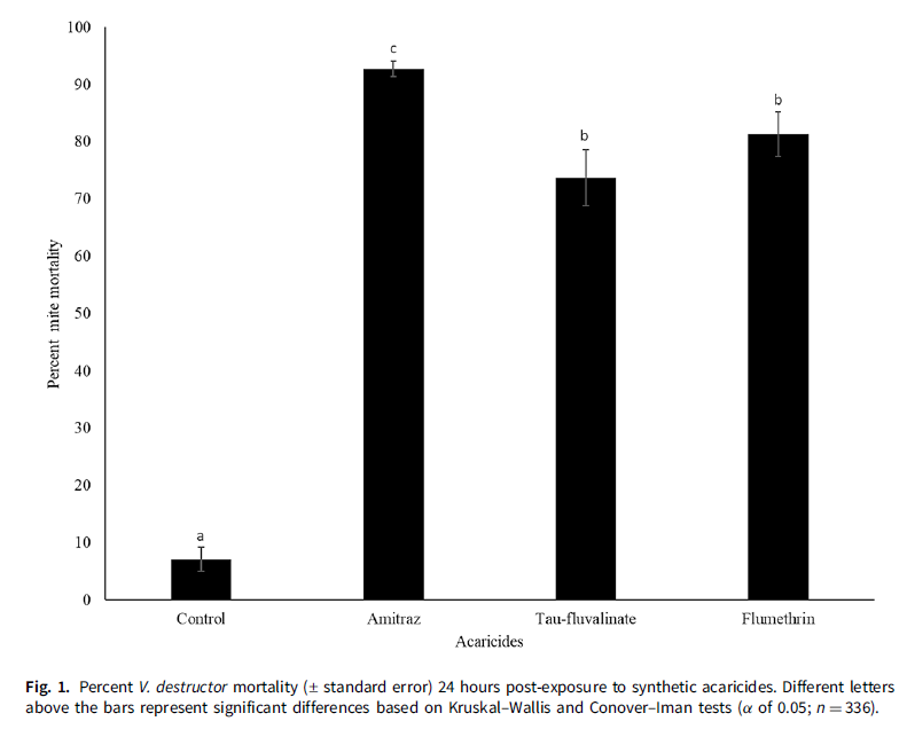 The topic of amitraz resistance has received more attention in recent years, as patches of resistance have been reported in the United States. However, in the present study, no decreased sensitivity towards amitraz could be demonstrated for different regions in Ontario, Canada. 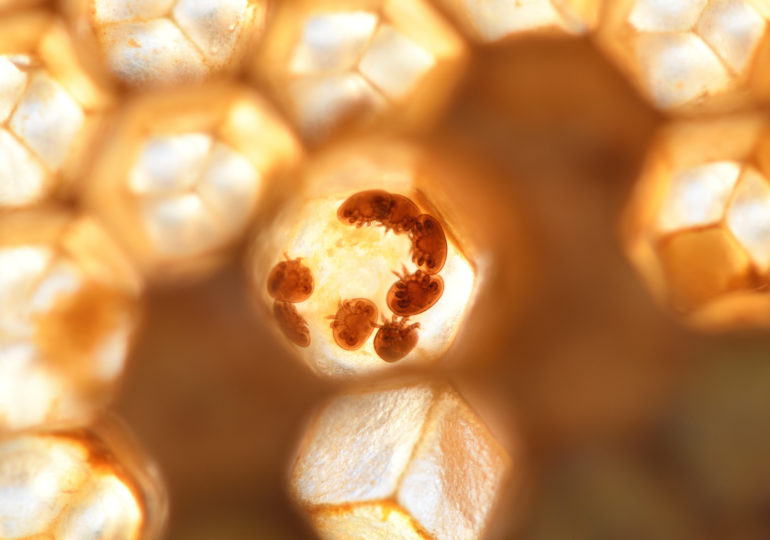