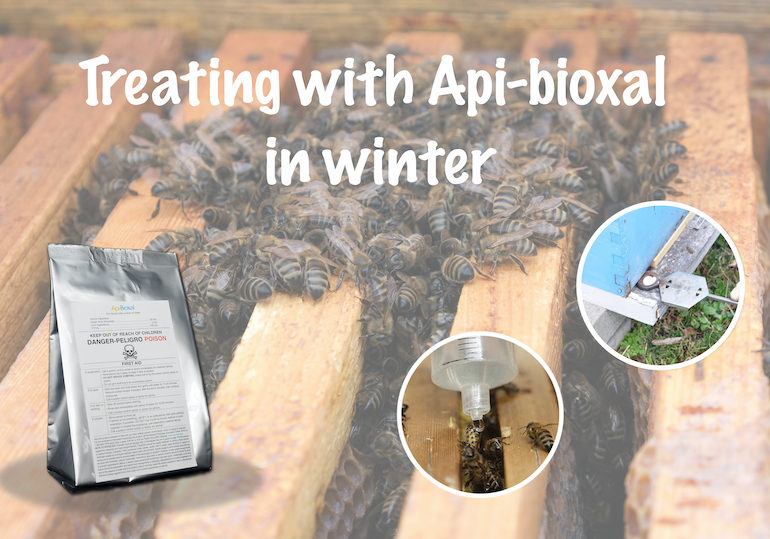 How to Avoid High Mite Infestation in Spring: Treatment with Api-bioxal in Winter, by Phil Craft

I recall Jerry Fischer, then the Maryland head apiary inspector, making a statement concerning the development of new tools to combat varroa mites. With several miticides on the market at that time, a beekeeper had raised the question of “why do we need another varroa control product”? Jerry replied that we do not have only one kind of screwdriver in our toolboxes, we have several, since different applications – types of screws – call for a different screwdriver. This resembles the situation with miticides: different conditions, time of year, climate/temperature, and individual preferences of beekeepers, call for different varroa control tools.

In 2015, U.S. beekeepers received a new tool to combat varroa mites in the form of oxalic acid, now registered and sold in the United States by Veto-pharma under the brand name Api-bioxal. A few years back, I wrote an article about oxalic acid (OA) and Api-bioxal, discussing in some detail the different ways to apply it. Vaporization was one of the topics described in that article – application in gaseous form by heating the oxalic acid dihydrate powder, which is then applied through the hive entrance, or mixing the powder with sugar syrup, followed by an application of the solution between the hive’s top bars. Alternatively, spraying the solution onto the screen covering of bee packages in spring is a popular treatment option. Active ingredients of other miticides work in different manners and are applied in different forms, such as Apivar, a polymer strip containing amitraz. ApiLifeVar, also distributed by Veto-pharma, combines the active ingredient thymol with a selection of essential oils, contained in the carrier tablet.

When using different miticides we need to keep in mind their so-called ”mode of action”, meaning how these treatments kill varroa mites. The mode of action determines which factors affect the success of the treatment. One difficulty with killing mites in a honey bee hive is the presence of varroa both upon adult bees and within the capped brood of the colony. Like honey bee brood, varroa mites are protected by the wax cappings covering the brood, and most products do not penetrate these cappings. Many applications depend on a sustained treatment period for optimal efficacy. Examples of this are the 42 to 56 days of an Apivar application or the multiple applications of ApiLifeVar which span a complete brood cycle and kill mites as they emerge from the brood cells. Oxalic acid, when used to control varroa mites, is what is called a “flash” treatment. It is only available in the hive for a relatively short time and kills only the phoretic varroa mites (on the bees), not the mites within the brood. When there is brood in the hive, which in warm climates is most of the time, the majority of mites is contained within the brood. This is a limiting factor, as it makes several applications of OA necessary to achieve full treatment efficacy.

Keeping all this in mind, Api-bioxal (oxalic acid) is the ideal treatment option for late autumn in regions with a natural brood break at that time of the year. The reason is that when colonies are in a broodless or nearly broodless state, this offers the best opportunity to reduce the varroa mite load. When there is no brood in the hives, varroa mites can be found almost entirely on the bees at this time of the season, leaving them exposed towards a potential OA application. This provides the chance for beekeepers to reach the majority, if not the complete mite population of the colony with just a single OA application.

In much of the U.S. this broodless condition exists in winter, the dormant period of a honey bee colony. Hence, beekeepers most commonly apply oxalic acid in late November to late December when the colony is broodless and before the onset of egg laying by the queen, which would be expected after the first of January. Vaporization is the most common application during this time of year since it does not require opening hives, but trickling is a very efficient option for winter treatments with Api-bioxal, as well. It is the ideal time to make use of oxalic acid and decrease the mite population to a minimum, prior to spring population growth, and bee brood increase.

Why use oxalic acid and no other active ingredients at this time of the year? First, OA is an organic acid, a natural component of many types of honey. In winter, oxalic acid treatments offer the added bonus of a comparatively non-invasive treatment – by sublimation or trickling. Strip treatments that are applied in the center of the brood cluster are suboptimal at this time of the year, as the removal of the strips may disrupt the winter cluster too much. In addition, strip treatments cannot reach their full efficacy in winter, as they are contact miticides that rely on high activity in the colony. While oxalic acid also works by contact, it can be distributed in the hive much better by trickling or sublimation than any active ingredient could in the form of a strip application. Other organic treatments such as formic acid or thymol cannot reach their full efficacy under these conditions, as the temperatures at this time of time of the year in regions with a natural brood break are too low.

Just as we say that the time of year to begin helping your bees get ready for winter is in late summer, if you live in parts of the U.S. with cold winter weather conditions, you can help your honey bees prepare for the spring population growth during the colder days in November or December. You can find my 2019 article about oxalic acid at https://www.blog-veto-pharma.com/us/using-apibioxal-oxalic-acid/. 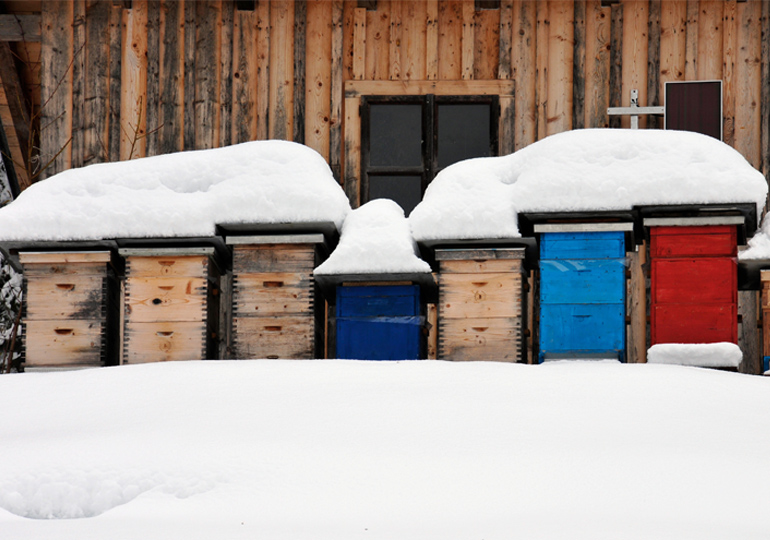 Are your bees prepped for winter?

Unlike wild bees, the colonies in our hives don’t hibernate. They gather together inside the hive, forming a cluster of bees, and concentrate their reserves and energy in order to maintain the colony’s temperature.