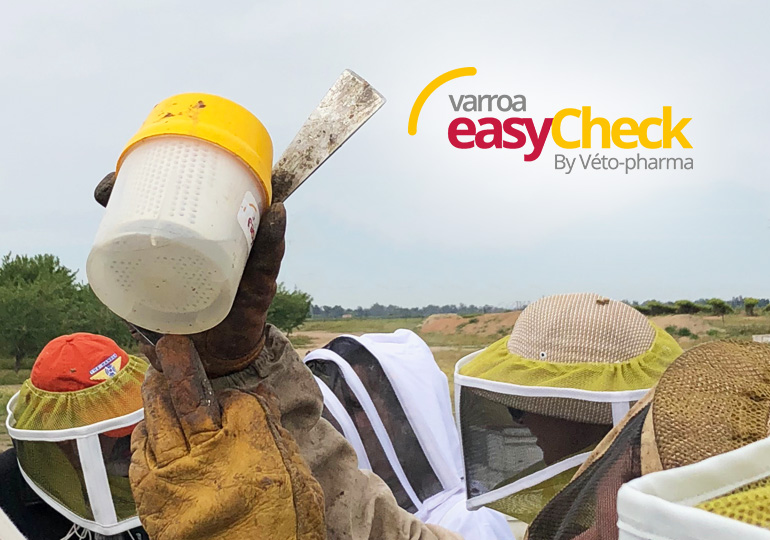 Varroa mites plague nearly all honeybee colonies. Regular monitoring is key so as to know when to treat and how efficient has been your treatment. To help beekeepers check their hives more easily and accurately, Véto-pharma introduced “Varroa EasyCheck” 3 years ago. EasyCheck is a simple, reliable and reusable tool designed to grant at any given time all the information needed before considering treatment options.

After a queen lays a worker or drone egg in a cell, a varroa foundress mite enters the cell and begins to feed on the pupa. Then the mite starts laying eggs (first a male, and then females only). The newly born female mites will then reproduce with the male mite, producing a growing number of mites in the cell. When the young bee emerges from the cell, the mites – already mature and mated – leave also, and spend the rest of their lives on adult bees. Both in brood cells and on adults, mites feed on the bees, weakening them and spreading viruses in the process.

The thing is… you cannot exactly know how many mites are infesting your colonies just by looking at your bees. As much as 90% of a colony’s varroa population can be present unseen in colony’s brood cells. Therefore monitoring for varroa mites is crucial for your bees’ survival. If you ignore this threat, they will eventually die of omission.

In order to know precisely your infestation levels of mites in your hives you must monitor. And when we say that, we mean at least 3 or 4 times a year (YES!). There are several methods that exist to count varroa mites (phoretic) present in the hive on adult bees. The most reliable is the alcohol wash count. Alternative sugar roll testing can be conducted but is less precise and may not be as easy depending on the weather (humid weather may cause the sugar to clump). Some beekeepers hesitate before using the alcohol wash method since you “sacrifice” a sample of bees. But from a colony of thousands of adult bees, getting an accurate estimate of varroa levels is well worth testing a small percentage of the colony’s population (less than 1%): it can potentially save hives as the beekeeper can quickly make a suitable treatment decision to rescue the endangered colony. Think about it as a blood test: you give some blood, but it will renew so fast that you won’t even notice it. And this is for the greater good of your global health. Think of your colonies as a superorganism. You should think about saving the whole colony, not just one individual bee.

So how “easy” is EasyCheck to use?

Follow the 6 steps below or watch our tutorial video on how to use EasyCheck!

For a detailed step by step, watch this video tutorial: 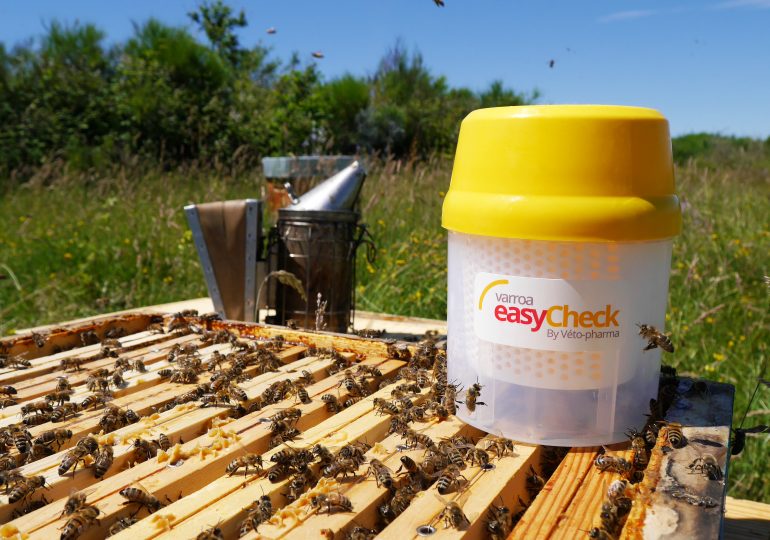 In the summer of 2017, Jiri Danhilik, a researcher from Olomouc University in the Czech Republic, conducted a study to compare four varroa infestation monitoring methods.

END_OF_DOCUMENT_TOKEN_TO_BE_REPLACED 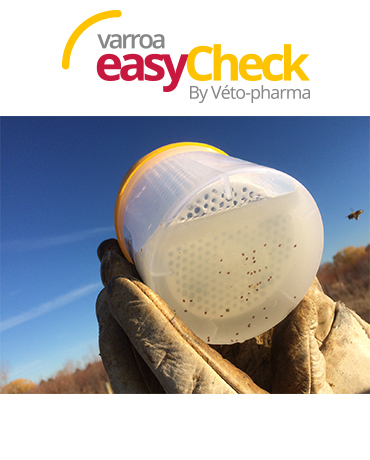