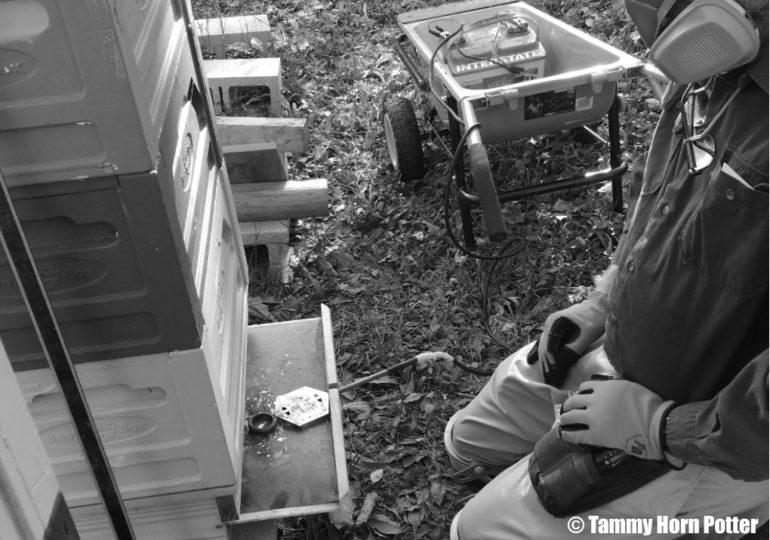 How to vaporize oxalic acid in the hive with Api-bioxal

It is late fall now, winter is near, and we do not typically think about treating our colonies for varroa as temperatures cool and snow beckons. But the short days of winter can have an advantage for killing varroa, due to the absence, or scarcity, of brood in the hive. Varroa mites reproduce in honey bee brood, and most of their early life is spent there. As much as 80% of a colony’s varroa mites will, during periods of high honey bee and brood production, be contained within the cells of worker and drone cells.

This complicates the methods that beekeepers use to control them. Most of the registered miticides will not kill varroa within the cells, instead depending upon longer treatment periods, over 42 days, to dispatch the mites contained within the cells after they emerge. Likewise, one of the drawbacks of what we call “flash” varroa treatments, miticide formulations that only act for a very short period of time, often only for a few days, is that they do not effectively control mites within capped cells. However, winter, or times when there is no, or little brood in the hive, provides beekeepers with an opportunity to make a flash treatment more effective. One such flash treatment available is oxalic acid, distributed by Véto-pharma as Api-bioxal.

Oxalic acid in not new to the varroa mite wars. It has been used as a miticide in Japan since the 1980s, in Europe since the early 2000s, registered in Canada in 2010 and in the United States in 2015. Oxalic acid is an organic acid like formic acid and commonly found in nature and in the foods that we consume such as carrots, tomatoes, and even peanut butter. However, we need to keep in mind that when beekeepers make use of oxalic acid, they are making use of a very concentrated form of the acid, like formic acid, and FAR from harmless. Not following required safety regulations, such as the wearing of chemical resistant gloves, not exposing uncovered skin, the use of eye protection, and the use of a respirator, can result in burns or permanent lung damage. So, carefully read label directions and safety rules, for your wellbeing.

There are three methods for conducting applications of OA, all approved by the USDA registration label directions. Two of these are intended for hives with bees, and the other for application to honey bees in shipping packages prior to installation. During all applications honey supers should not be on the hives, hence reference to application in “brood chamber or box”. The label also calls for making application when there is little or no brood in the hive, a condition most often encountered in the late fall, or early winter, or when the queen has temporarily stopped laying eggs. This prohibition will be discussed later in this article.

Keep in mind there are advantages and disadvantages to each method. I will describe each method as follows. As with the usage of any chemical in the hive, I urge beekeepers to seek out additional information, educate themselves fully, and again READ THE LABEL.

How to dribble oxalic acid

How to vaporize oxalic acid 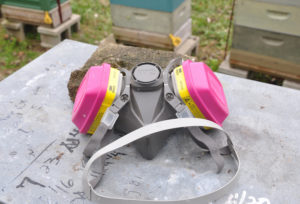 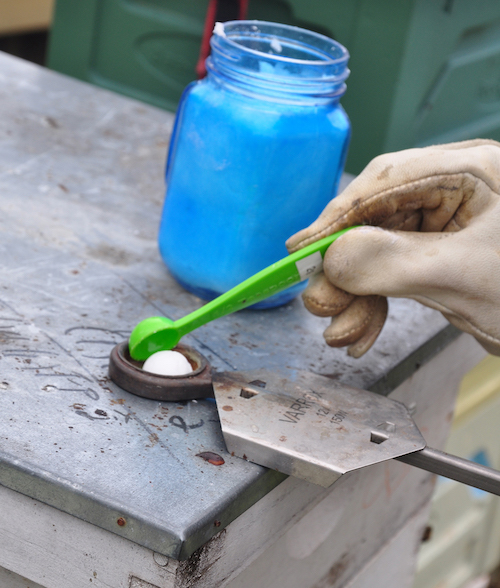 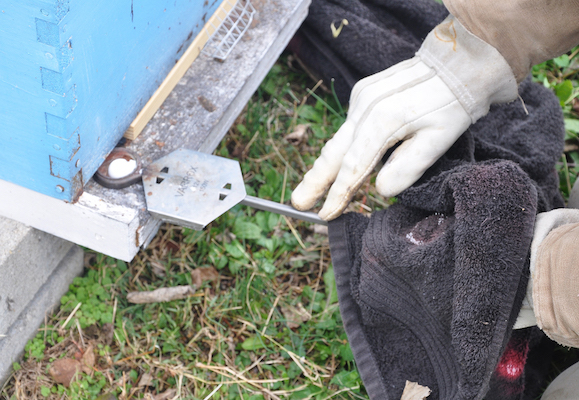 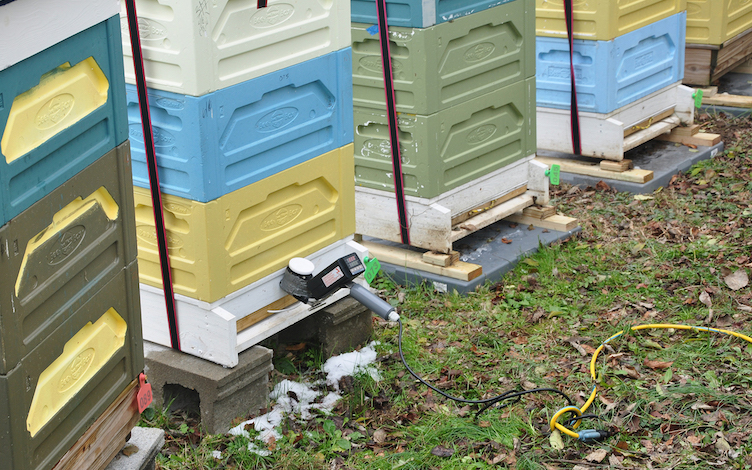 We, beekeepers, are always told when using miticides, to read & follow the label directions. We especially need to always keep this in mind when using oxalic acid. Using oxalic acid is more complicated than many other chemical applications. With others we may just open the package, insert the strips in the proper place in the hive, and make note of the date. Or open a gel container, or place gel containing the active ingredient onto a card and place in the hive. These chemical formulations are relatively safe for the beekeeper making the application. With oxalic acid we are directly exposed to a concentrated acid, and its dangers. So again, read the instructions carefully, and follow them!

The label is also very clear, “Oxalic acid is used to treat colonies during low brood periods, packages, or swarms.” If it is being used when there is appreciable amounts of brood in the hive, this is a violation of the label. I have heard of beekeepers using oxalic acid multiple times, often three or four successive applications – a week apart, to attempt to control varroa as mites emerge with the bees from the brood. Research shows that even repeated applications of oxalic acid by dribbling / trickling up to four times do not necessarily lead to a sufficiently high treatment efficacy. In addition, other publications show that multiple applications of oxalic acid results in reduction of brood in colonies so treated, along with increased queen loss.

Oxalic acid (Api-bioxal) can be an effective varroa control when used properly and there is little, or no brood present. However, safety is an important issue for beekeepers, and proper precautions must be taken to prevent injury by the applicator. If you have questions, feel free to contact me at phil.craft@vetopharma.com 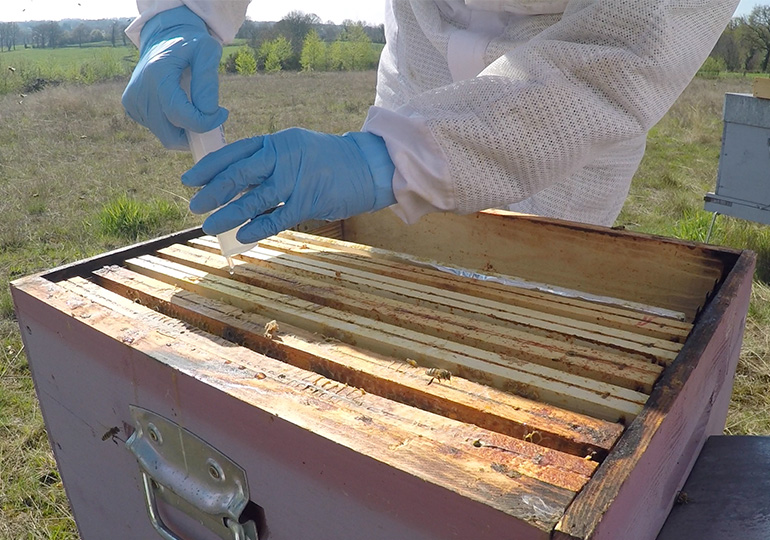