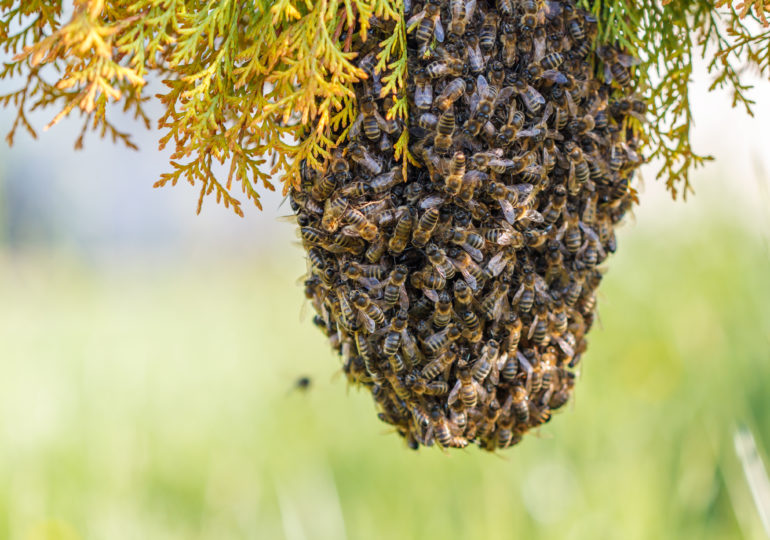 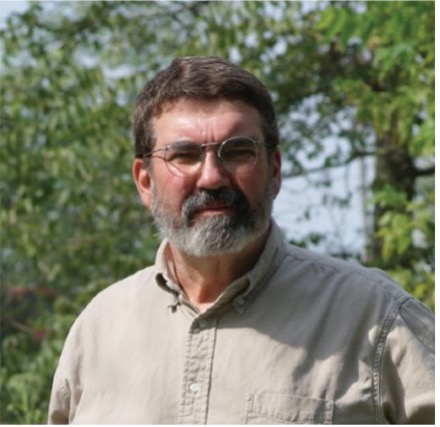 Phil Craft is a beekeeper and is the retired Kentucky bee inspector in the United States. He was a contributor to Bee Culture magazine for many years, “Ask Phil” – a question/answer column. He continues to share his knowledge through presentations to beekeepers at local and national events, and during the time of Covid many virtual meetings. Phil is passionate about beekeeping, he continues to maintain his 20 beehives, and works as a technical advisor in North America for Véto-pharma.

Although the swarming season is over this year, we wanted to give a thought to this particular beekeeping event and give you some keys for next year’s swarming season.

There are two quotes that come to mind when I think of honey bee colonies swarming. One of these refers to the swarm emerging as a truly spectacular event. I have observed many swarms emerging from my hives, and it is truly an amazing sight. The other quote was by an early 20th century American beekeeper, which stated that if a beekeeper could truly control swarming in his hives, he would be a much happier beekeeper, and financially more successful. I think that this is true as well.

Honey bees reproduce at the individual level by the queen laying eggs, and the workers rearing brood. But for a honey bee colony to reproduce at the colony level, one colony, must become two. Hence they swarm. So though beekeepers dislike seeing a swarm fly away, it is a natural, and very efficient way for one colony of honey bees to become two, or even three (though this may be too many from a survival standpoint). Swarming has great advantages for the survival of the species, it occurs during warm spring weather, consists of a large mixed age population of bees – though mostly made up of younger ones ready to produce new beeswax comb, a food supply in the honey stomachs of the bees in the swarm, experienced older forgers already seeking out a new homestead site, along with a mated, and proven queen – the existing one from the original colony.

Most swarming occurs during a defined season, in early spring when flowering and food sources are at a maximum. Though the actual times will vary with local spring seasonal conditions such as temperature, and nectar flows. Honey bees will begin commencing swarm preparation two to four weeks before the swarm departs their old home. The start of queen cell production signals the beginning of this process. An average of about 15 to 25 sealed queen cells will be present when swarming occurs. Most colonies swarm the day queen cells are sealed, or the day after, and 8-10 days after queen rearing begins. Sometimes circumstances will interfere, such as cold rainy weather, in which case the bees may destroy queen cells produced earlier, and then begin again when conditions improve.

Before leaving the hive, workers will engorge themselves with honey, to provide nourishment after leaving behind the stored resources at the old colony site. The queen is fed less, egg laying slows down, and the queen slims down to better enable her to fly with the swarm. Bees become less active, and scouting for new colony locations may begin.

About seventy percent of the bees in the swarm are less than 10 days old, to provide young bees for building wax at the new colony site. The old queen goes with the swarm, though she does not lead the swarm. That job falls to the scout bees, who are older forger bees. False swarms (when the swarm returns to the old colony site after leaving) may occur when the queen fails to go or returns to the original hive. The colony will then swarm again later. Also swarming may not be confined to one swarm per hive. After swarms (secondary swarms) sometimes emerge a few days later, and will include a newly emerged virgin queen. Secondary swarms are typically smaller & may contain multiple virgin queens. 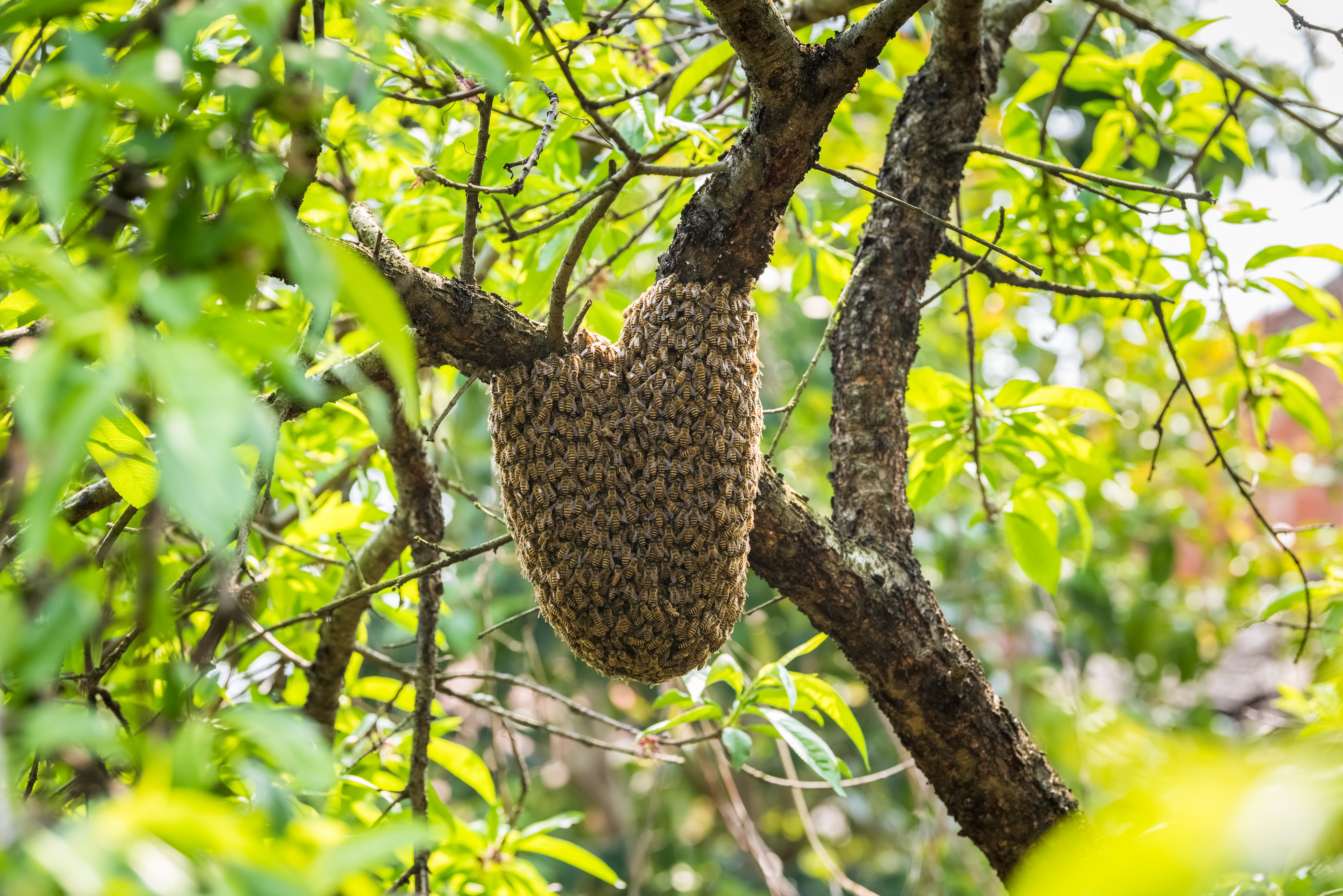 At the old hive after swarming hives are depleted of about 60% of the worker population on average, and new virgin queens will emerge two to four days after the swarm departs. The time between the start of queen cell production and the new queen (replacement queen in the original colony) laying eggs is about four weeks. Queenless hives may result when virgins fail to survive or to mate successfully, so beekeepers need to watch hives that they know have swarmed to make sure that the colony has successfully produced a new laying queen. Beekeepers dislike swarming, and consider it a negative factor because of honey production – due to the reduced workforce of the colony, the loss of queens that they may have purchased, and that swarming can result in queenless hives.

Hence beekeepers will attempt to intervene, and attempt to prevent their hives from swarming. However beekeepers need to keep in mind that once the colony begins building large numbers of queen cells – they will most likely swarm, and intervention by the beekeeper at that point is very difficult.

There are two types of swarm intervention methods practiced by beekeepers: swarm prevention, which must begin well in advance of the bees in a colony commencing the path to swarming, and swarm control, which takes place after the intent of the colony’s plan to swarm is made known when queen cell production begins.

The most effective way to relieve congestion in the brood area is to remove frames of capped brood, and exchange these frames with frames of empty comb from less crowded colonies. This is referred to as equalizing hives, but this must be done early in the spring. Many beekeepers take advantage of excess brood in the spring, and remove it, along with a frame or two of honey, and a newly purchased queen, and make new colonies – called nucs, or nucleus hives. Adding honey supers containing frames of foundation does not contribute to reducing brood nest congestion, nor does placing honey supers of drawn comb above a queen excluder. However, beekeepers can temporarily make use of supers of drawn comb to relieve congestion of the brood boxes by placing them above the brood boxes, and allowing the queen access to them – without a queen excluder between. The beekeeper can then later in the season, after swarm activity has lessened, place a queen excluder below the honey supers. Any brood remaining in the honey supers will later emerge, and the bees will backfill the empty cells with honey. But prior to the installation of the queen excluder the honey super frames must be inspected to make certain that the queen is NOT in the honey supers. If found she should be moved to the top brood box. 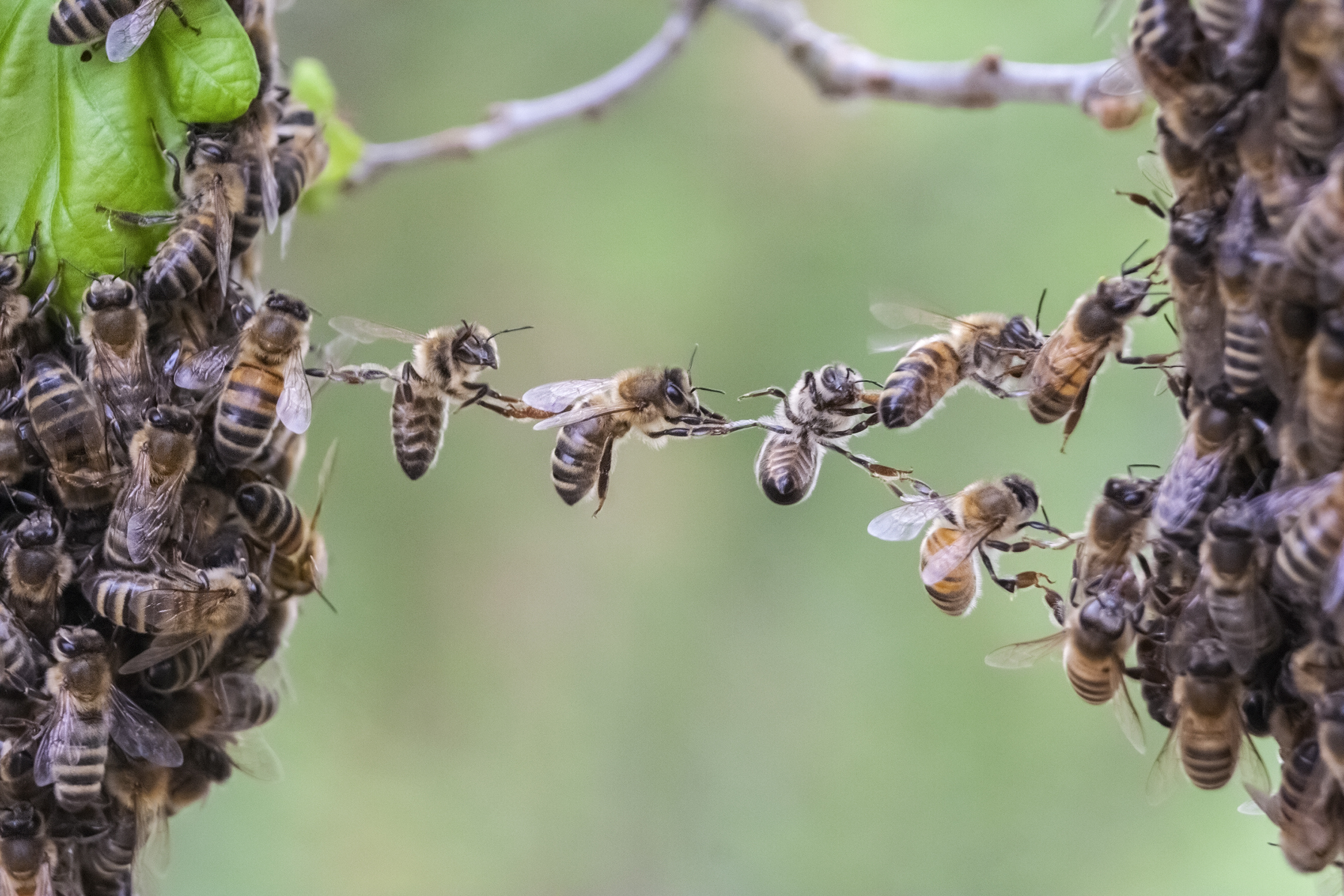 Swarm control after the colony has begun the swarm process is much more difficult. One method that is not suggested is the removal, or cutting out of swarm queen cells, based on the theory that the colony will not swarm in the absence of queen cells. This process is very laborious, must be repeated every few days, or at least once a week, with each frame being inspected. If only one queen cell is missed, the swarm is in flight. Additionally it is possible that a colony determined to swarm may depart even before the queen cells are capped. It is also possible that a swarm may have swarmed, and the queen cell cutting beekeeper does not realize that this has occurred. In this case the cutting out of queen cells, results in a queenless colony, caused by the beekeeper.

It is possible to create an artificial swarm from a hive already in the swarm process, and containing numerous queen cells. And here is brief directions for doing that.

In same apiary (or you can setup and then move to a separate location), set up a second box &, bottom board. In this box from the original hive, place:

As you move the brood frames, look at them carefully and destroy ALL queen cells on these frames. Or move frames that do not contain queen cells.

In the original box leave:

You have now created an artificial swarm. Watch the original hive in the following weeks to ensure that a new queen is present, becomes mated, and begins laying eggs.