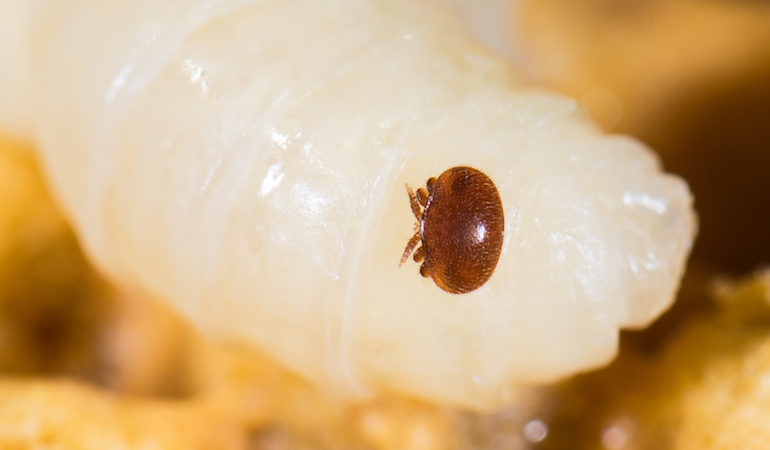 Varroa management has become a necessary and routine task for beekeepers globally, including beekeepers in France, over the last decades. Without strategic varroa management, beekeepers risk the health and survival of their colonies as well as their honey harvest and the expected income from honey sales. Amongst the numerous challenges that are associated with successful varroa management in beekeeping operations, the occurrence of varroa mite (Varroa destructor) resistance against active ingredients* of varroa treatments represents a major threat to treatment efficacy.

Resistance development in varroa mites against widely used active ingredients of varroa treatments, such as tau-fluvalinate or coumaphos, has complicated varroa management for decades.1-2 Varroa mite resistance against these molecules has been observed on a large scale and across countries, threatening colony health and survival in many regions by limiting the arsenal of treatments available to beekeepers to control the mites.

In recent years, reports of amitraz resistance development have surfaced, mainly from research in France and the United States.3-4 The scientific observation of resistance in these two countries is mainly based on:

A link between reported reduced efficacy of amitraz treatments in the French region AURA (Auvergne-Rhône-Alpes) and a mutation in the varroa mite genome has recently been suggested as a demonstration of amitraz resistance in France. The genetic analysis of varroa mite samples from this region was based on treatment failure reported by beekeepers from the area.5

To investigate a possible link between the mutation N87S at position 260 of the β-adrenergic-like octopamine receptor* and reduced sensitivity of mites towards amitraz, we initiated laboratory sensitivity assays of different mite populations (2020)6 and genotyping of single mites (2021)7 that had either died from amitraz exposure during the assays or survived the exposure in the laboratory.

The sensitivity tests were carried out by an external and independent laboratory approved by the Ministry of Agriculture and Food for beekeeping pathologies. These analyses were supervised by a veterinary biologist, in accordance with the regulations.

In total, more than 800 varroa mites from 9 apiaries in the North-East, East and South of France were tested in the laboratory to measure their sensitivity. The mortality rate of varroa mites at LC90 was on average 92%, which indicates a good sensitivity of the samples. Only two of them showed an “intermediate” sensitivity.

After the finalization of LC90 (lethal concentration 90%) laboratory assays with varroa mites from different regions all over France, including mites from the region of Auvergne-Rhône-Alpes, 105 individual mites from the 9 apiaries were sent to a French laboratory, external to Véto-pharma, specialized in molecular biology and genotyping analysis. The objective of the genetic analyses carried out by this laboratory was to study the mutation N87S at position 260 of the β-adrenergic octopamine receptor in both categories of mites.

The results show that the percentage of mites carrying the new-found mutation (heterozygous* (A/G) or homozygous* (G/G)) does not differ significantly between both groups – mites that perished during the lethal concentration 90% exposure towards amitraz, and mites that survived the exposure.

In other words, mites carrying the mutation that were exposed to amitraz in the laboratory died from the exposure – just like mites that did not carry the mutation. Other (natural) causes of death for those mites carrying the mutation that died during the exposure to amitraz in the laboratory are highly unlikely, as the mortality in this group was much higher than the “natural mortality” in a control group of mites that was not exposed to amitraz, for each population.

These results indicate that a direct association between the mutation N87S at position 260 of the β-adrenergic-like octopamine receptor alone and reduced sensitivity of varroa mites towards amitraz is unlikely.

Further investigations in the form of genotyping of French varroa mites samples from different geographic origin and with different varroa treatment history are necessary to confirm these results. As of today (July 2022), we have collected additional data (as yet unpublished) which confirm these findings.

As we are currently looking into amitraz resistance in French varroa mite populations and will continue to investigate this important concern of French beekeepers, we will be able to communicate more clearly about the potential risks and recommendations associated with amitraz resistance development in France in the future.

At this point in time, the evidence collected thus far clearly suggests that:

These preliminary findings indicate a positive perspective for the continued efficient treatment of varroa mite infestations with amitraz in French beekeeping operations. It is important to keep in mind that the implementation of integrated pest management (IPM) practices – combining infestation monitoring, medical treatments and biomechanical control methods, as well as the proper use of authorized treatments in compliance with their instructions for use – are essential prerequisites for effective varroa management and the preservation of the therapeutic arsenal available today.

“Active Ingredient” = Substance that is active in the medicines formula for the efficacy expected. In this case substance that is toxic to varroa mites and the main ingredient of varroa treatments.

“LC90 – lethal concentration (90%)” = The concentration of a toxic substance that results in a 90% mortality rate of sensitive varroa mite populations.

“β-adrenergic-like octopamine receptor” = One of the suggested target sites (binding location) of amitraz in the nervous system of varroa mites.

“homozygous” = having inherited the same version of a particular gene from both parents (e.g. varroa mites carrying either only wildtype or only mutated versions of a gene)

7- Rognon, B. et al. (2021) “New Data Suggest an Association with Mutation N87S of the β-Adrenergic-Like Octopamine Receptor in Varroa Mites with Resistance Towards Amitraz May Be Unlikely.” COLOSS Conference (October 2021). 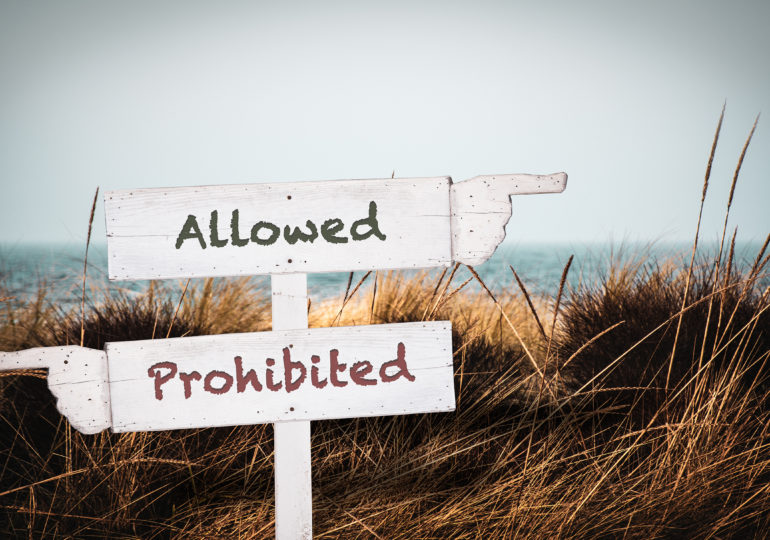 Why using illegal treatments put your bees at risk

Each year, thousands of beekeepers use treatments to combat Varroa destructor. These treatments are based on different active substances and offer different modes of action, kinetics and application forms. Yet, it is often forgotten that a mite treatment is, first and foremost, a veterinary medicine.