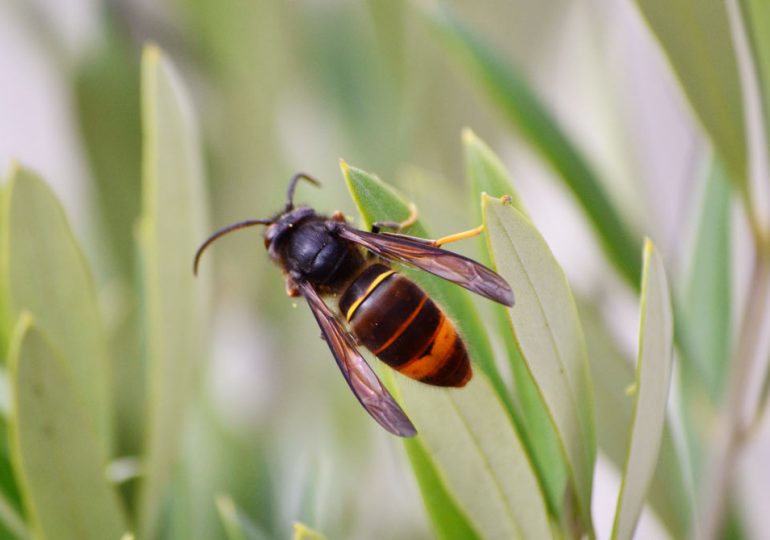 Every year is a little bit worse. In April, beekeepers in France start to see the first signs of the Asian hornet invasion. Founder females wake up early in April to build a new nest, lay eggs and start a new colony. Later, in the summer, hornet attacks on bees mean that a hive can be entirely destroyed in just a few days. 2018 has been a particularly tough year for bees in France. And with the threat spreading fast (100 km / year) and new nests discovered every year in various parts of Western Europe, there is no saying where the Asian hornet will strike next.

First discovered in 2005 in Southswest France, Asian hornets have rapidly been spreading all across continental Europe. The legend quickly formed and tells that Asian hornets were imported from China through a shipment of cooking pots. From the Bordeaux area, year after year, the threat rapidly spread. The invasive species conquered northern Spain in 2010, then Portugal in 2011, and Italy the following year. Meanwhile, Asian hornets were spotted further north, invading all French regions before spreading also to the UK in 2016 and Belgium in 2017. Its east- and northbound progression now threatens Germany, the Netherlands, Scotland…

In France, where beekeepers have been fighting off Asian hornets for more than a decade, hives are under significant pressure from the invader. « We had some very difficult years » confirms Roger SERE, a local pest expert who has witnessed first-hand the rise in numbers of Asian hornets in the Pyrenees region. While some locations were thought initially too remote from the first epicentre, the Asian hornet has managed to spread as far as northern England in less than a decade. And other territories, such as North America, are not immune to an invasion thought human trade.

Roger Sere in Southwest France has seen the rise in numbers of Asian hornets and carries a worrying message. “Asian hornet are an invasive species and their presence in Europe threatens the whole ecosystem. In our mountains, we’ve clearly seen a decline in pollinating insects, coinciding with the arrival of Asian hornets”. The Asian hornets know little predators in France and their attacks on bees are deadly. “Asian hornets can decimate a hive in just a few days, when bees are being killed faster than they’re being born.” he explains. “Beekeepers with just a few hives are even more at risk, as predation is focused on just a few individual bees.” Asian hornets are everywhere in his small village of Longueville. “I have trapped Asian hornets and seen nests as high as 1700 m in altitude.”

One of the most effective means of countering the spread of the hornet is to set traps. But trapping Asian hornets efficiently requires methodical preparation, observation skills and coordination. “It’s important to keep the public informed, to raise awareness, and to explain how Asian hornets can be fought off. To mitigate the threat, it’s important to be able to target this invasive insect, and to eradicate its presence while protecting our bees and the local species.” reminds Roger Sere. Trapping Asian hornets in Longueville has been very efficient, as the pest expert explains : “With a few years’ experience, my observation of Asian hornets habits, and coordination between local house owners and schools, we managed to trap over 2000 founder females in the spring of 2017, resulting in only four established nests the same summer. There had been dozens of nests the previous summers.”

Véto-pharma has been looking for innovative ways to facilitate the fight against Asian hornets. Véto-pharma has developed a special attractant solution designed to attract Asian hornets. Véto-pharma also developed a new, more robust trap to tackle a few issues raised by the users of the previous Vespacatch trap. The new version of the trap will be available in May 2019 and will support even more the European beekeepers in their fight against Vespa velutina. 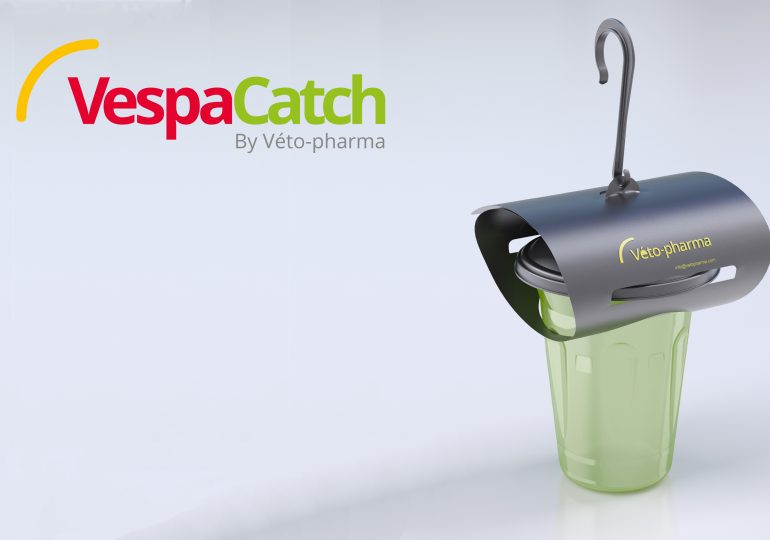 New Asian hornet trap for increased protection of your hives

The Asian hornet is spreading deeper into Europe by 75 to 100km per year*, the fight against the insect is therefore a real issue for beekeepers.